Partners who trust us

Founded in 1970, the Alliance of the European Football Coaches’ Associations gathers more 200.000 Soccer coaches from 50 different European countries! AEFCA’s main mission is to protect the european football coaches rights as well as to promote them a bit allover the world. Soccer HUB is AEFCA’s exclusive content partner.

Soccerex has been bringing together the global football industry to network in a unique commercial environment for over twenty years. From hosting industry leading networking events across the globe to our market insight campaigns, we provide a platform to connect your business with the game’s key stakeholders. Soccer HUB develops online courses about the Soccer Business together with Soccerex.

Former Portuguese Soccer Player who played as a midfielder for Sporting CP, Barcelona, Real Madrid and Inter Milan before retiring on 31 May 2009. He won the 2000 Ballon d’Or, 2001 FIFA World Player of the Year, and in 2004 Pelé named him in the FIFA 100 list of the world’s greatest living players. Soccer HUB produces online content for some of his projects.

The Mission of the National Soccer Coaches Association of Canada (NSCAC) is to engage soccer coaches at all levels of the game in Canada providing members with opportunities and services to further their education, assist in their continuing professional development while fostering their growth and decision-making. Soccer HUB produces online content and events together with NSCAC.

Bangkok United Football Club is a Thai professional football club based in Pathum Thani Province. Formerly known as Bangkok University FC until 2009. The club won the Thai Premier League title in 2006. Soccer HUB is the official Education Partner of the club delivering content to all of the club’s staff.

Tactical Soccer helps to develop more effective and successful players and coaches across all levels: football schools, training academies, youth, high school and college teams; training in clubs and football associations; amateur and pro clubs. Designed to improve coaching ability – and to save time. Utilize on any device – iPad, Mac, PC or phone.

Athletes USA was founded in 2008 to help student athletes and their families to connect to college coaches within the NCAA, NAIA and NJCAA. The college recruiting process is very competitive, and often confusing for many athletes. Our team of former college athletes, coaches and scouts and our network of 20,000+ American college coaches allows our team to market student athletes to some of the world’s best known universities. 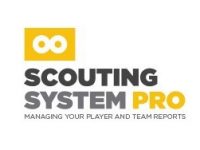 The player observation system has been developed by our team of programmers as a natural evolution from the systems that we had previously developed for other users. Scouting System Pro may be accessed from a computer, tablet or smartphone. Thus, allowing verification and editing of data at any place, and any time with the utmost security. This software is an essential tool for youth academies in recruiting, talent detection, and in opponent observation.

Updates on courses, seminars, clinics and internships … 3200 exercises of the world Top coaches, works for game principles, proposals for collective and ward tactics, developments on inactive balls, complete training sessions and much more … THE LARGEST DATABASE FOR FOOTBALL COACHES IN THE WORLD

The Scouted Hub is a multimedia content creator for football industry clients, as well as for those seeking inside information, and that little bit of extra detail. We specialise in the observation of player development, with an emphasis on scouting footballers of all levels and tracking their development through their careers.

Providing the most sophisticated big data analytics in professional football. With our products scoutpanel and scoutpad we are building intuitive web interface solutions for professional scouts and team managers to assess and analyze player and team performances worldwide easily. With a good mix of creativity, experience and passion we create unusual and innovative solutions which are appreciated and rewarded by our clients.